Things to do in / around Sella

There are plenty of things to do in and around Sella, you can enjoy the delights of the village, go for walks and view the local sites or go further afield! Scroll down below to find out more. 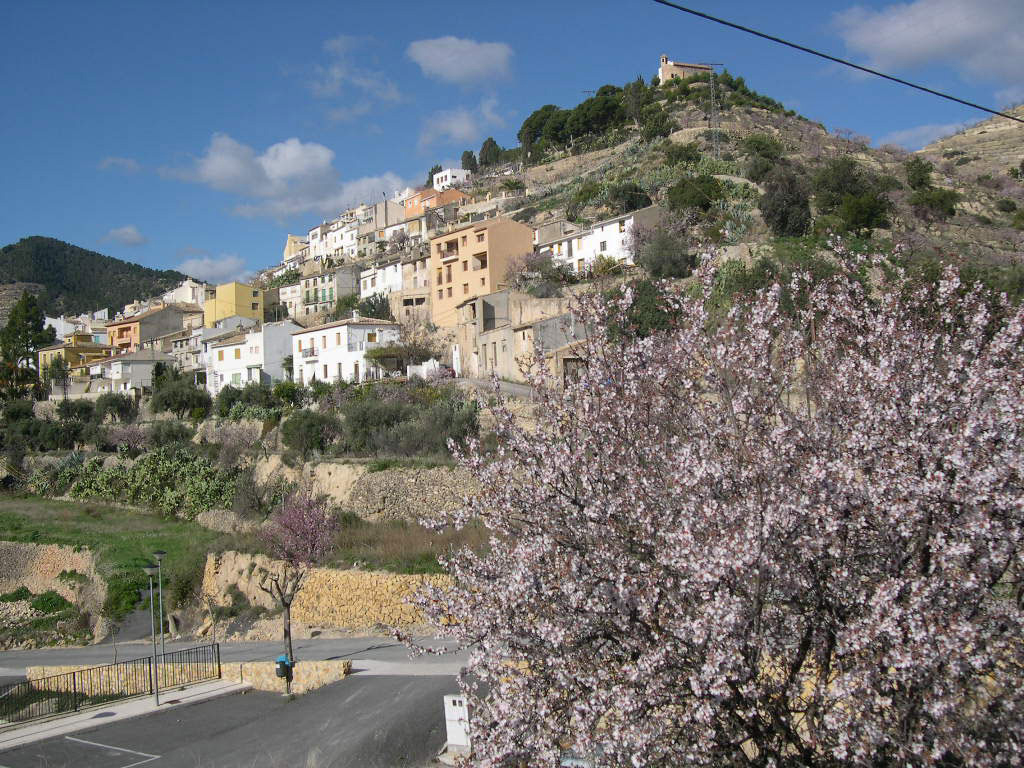 In the village itself there are so many things to see, do walk round… In your house you will find the Town Hall’s map and guide, not in English but it’s clear enough. 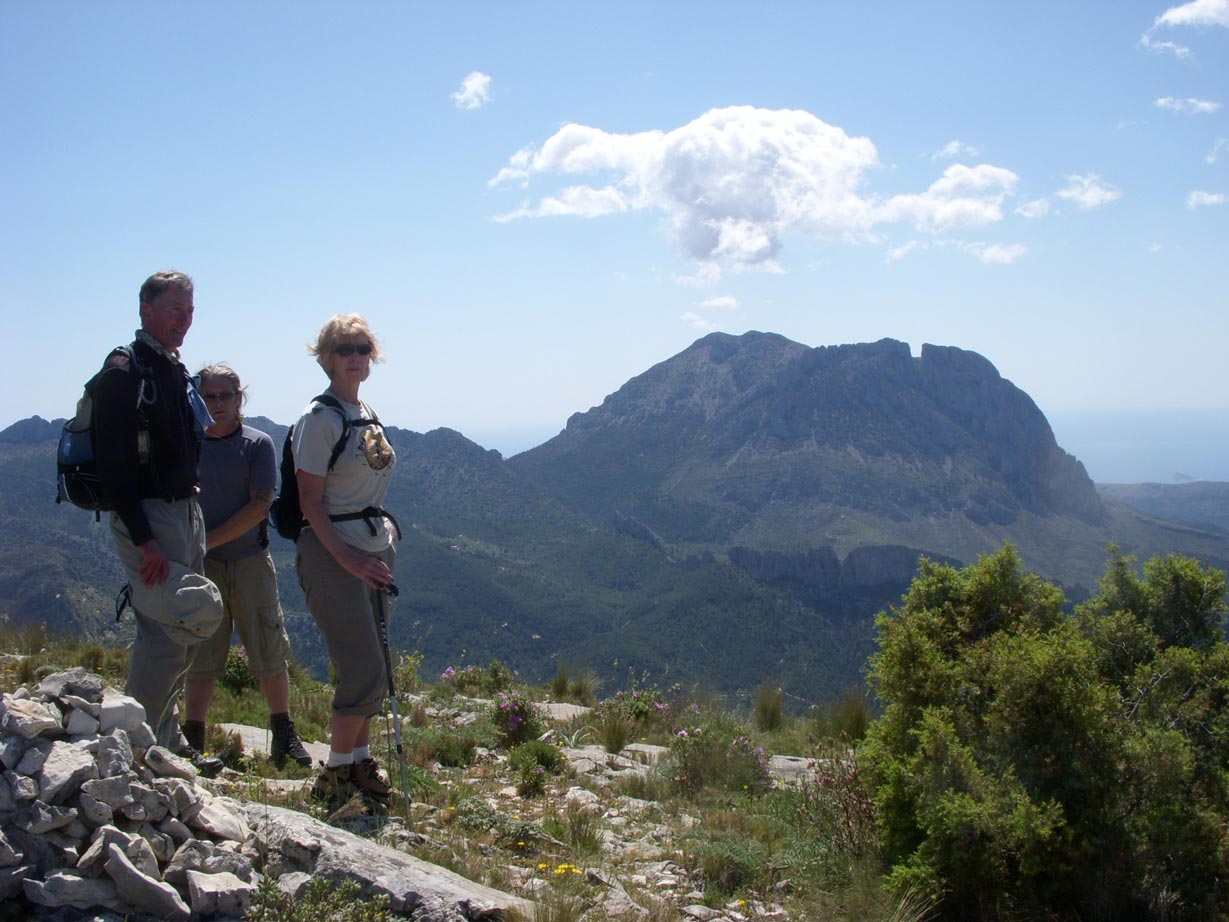 Sella village  is central for all Costa Blanca climbing and walking, just 10 minutes from the Sella crags – why stay anywhere else? Or you can head to one of the beaches and go surfing! 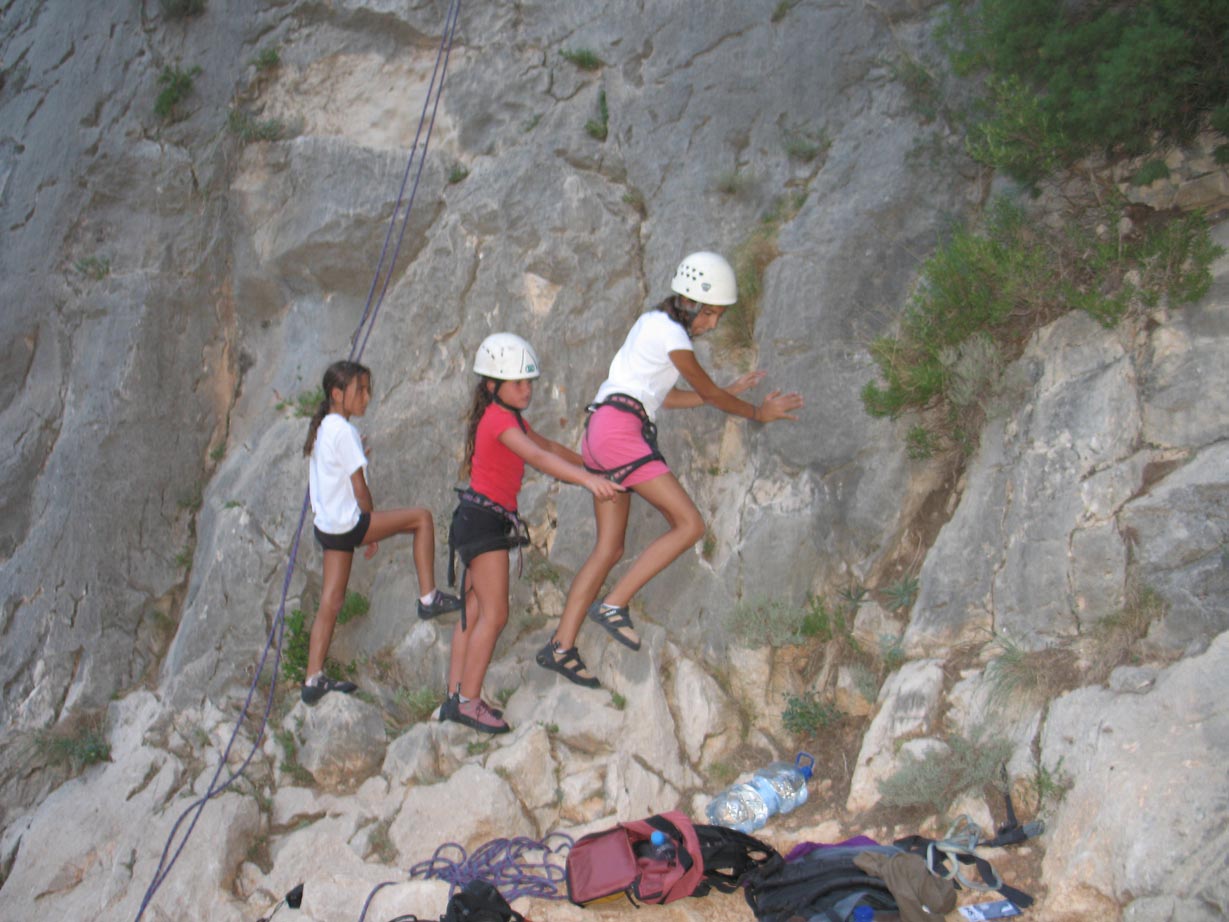 Summers are perfect for family holidays in Sella. Traffic is banned from the main square July – August so you can take the kids down and enjoy the bars, the sun, the weekend games of Pilot, and the atmosphere. A large swimming pool is only a short walk away too! 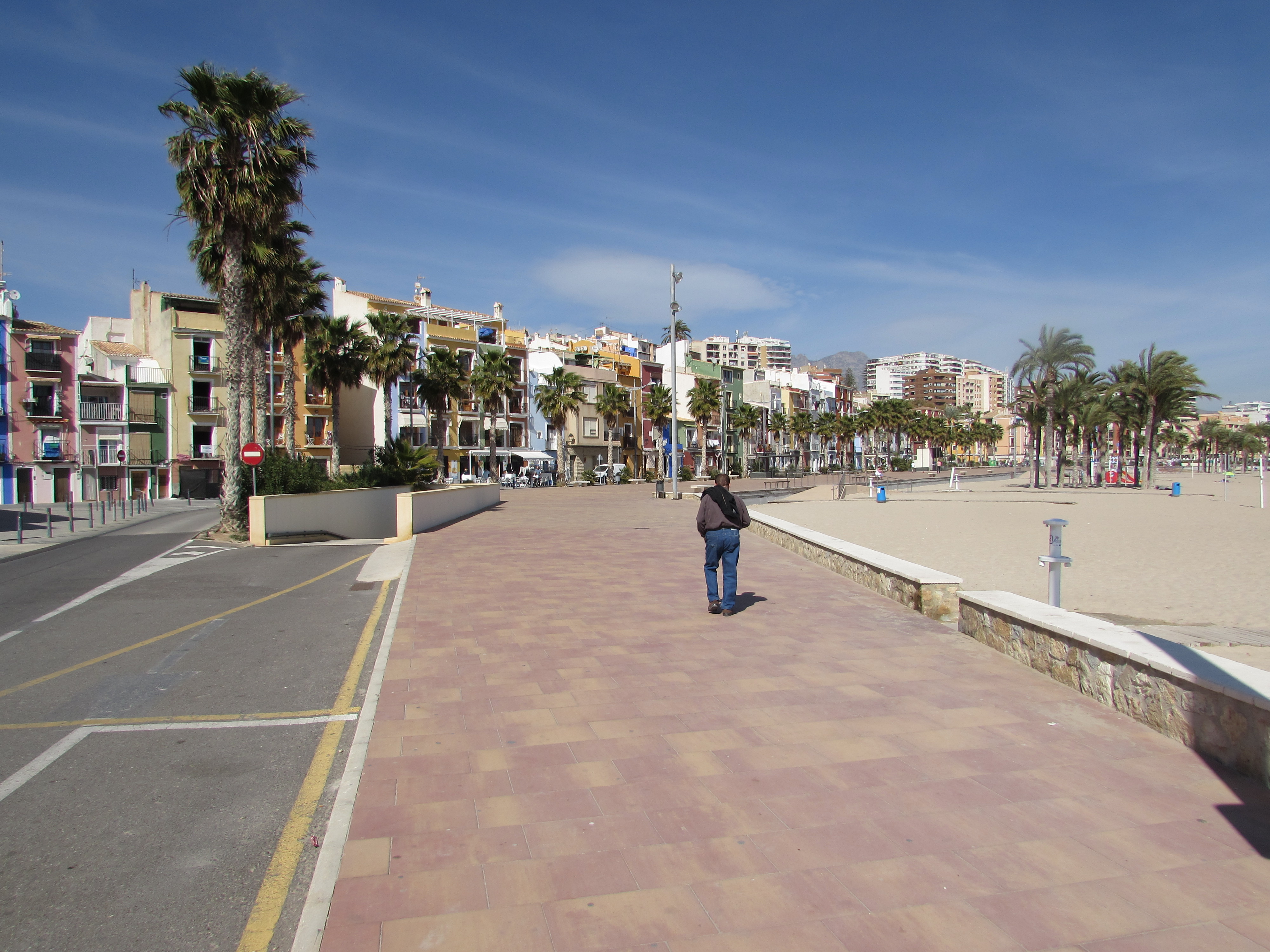 Well, OK, we’re 16 km inland and 1200 feet up the mountainside, so we keep our beaches down at the coast where the splendid people of La Vila Joiosa ( Joyful Town ) watch over them for us. But we’ve written a handy guide of all the beaches.

In the village of  SELLA

In the village itself there are so many things to see, do walk round… In your house you will find the Town Hall’s map and guide, not in English but it’s clear enough. Walk up the hill to the Hermita de Santa Bàrbera, the best place to get your bearings and look down over the village. From there, drop down and pass Trinquet Plaza to arrive at Valencia Street, where there’s a small shop, and continue down until you get to the steep stepped street on your right. Go down here, it’s Les Voltes, once the main entrance to the village, through which trains of pack-horses and mules would pass on their way along the “ Fish Trade Route”, (El Camí de Peix) a millenial path joining the coastal port of Villajoiosa and the inland city of Alcoi and down which the ice from the Aitana snow holes would be transported for the fishing port.

If you’re seeking Sella activities,  down on the main road look out for the old Wash-house, Lavadero, where Sella housewives have met, worked, washed the family laundry and talked, for over a thousand years. The place is still used for large items like blankets and carpets which won’t fit in the washing machine. If the walk has been hot and you need a rest, there are three bars down on the main road, the Ferrería, Bar María and Mercedes’ Bar Fonda. Continue up Secanet street and turn left into Angel street ( where the chemist is). At the end turn right up the village’s Main Street, Calle Mayor, with some imposing house frontages, and arrive in the main square with the tobacconist /newsagent’s, Village shop, Town Hall, Fountain and two bars. Casino and Paco’s. Back home to Casaroc / Roc House up the stepped road beside the church. ( La Costereta del Cor) There – now you have seen a lot of Sella, but there are still plenty of corners and slopes to get lost in! 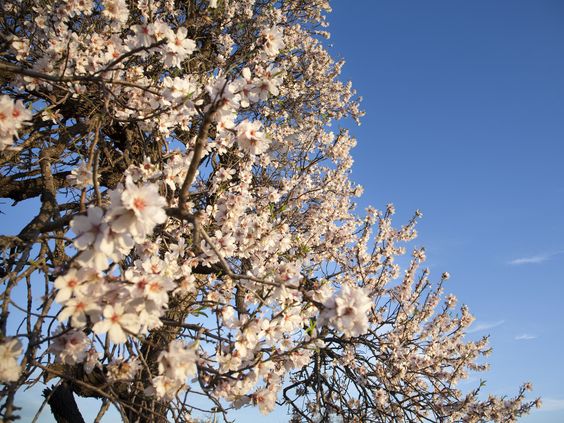 If you’re in Sella late January to early March, then the hillsides will be covered in the white and pink flowers of the almond tree. Early trees flower in December, and it’s all over by the second ( or first) week in March.


Just along the valley you can see the imposing peak of the Divino mountain, baby sister to the Puig Campana and the Aitana summit. Drive up out of Sella about 5 km and take the asphalted track off to the right on a hairpin. The road is rough but driveable and goes on for 5 or 6 km until the asphalt finishes. Park here and there are good tracks to walk but the way to the top of the Divino is straight ahead – follow the track and turn right at the chained barrier. You’ll pass an old pigeon loft ( no pigeons!) and then find the narrow track up past the big tree and across cultivated land to reach the bald limestone which will take you to the summit. Be careful!! It’s a long way down! Splendid views across the valley and down to the sea. From your car, about 40 minutes.


Just out of the village, about a 10 minute walk downhill, Sella boasts an old flour mill, last seen working in 1968 but still lived in and ( sometimes) with the possibility of a guided tour by the owner, Amable. The river feeding the mill falls over a dam known as the Salt which, after rainfall, can be spectacular. For most of the year though there’s just enough water to keep Amable’s duckpond fresh. Walk up the narrow track behind the mill to see the millpond, unusually up at second storey level! 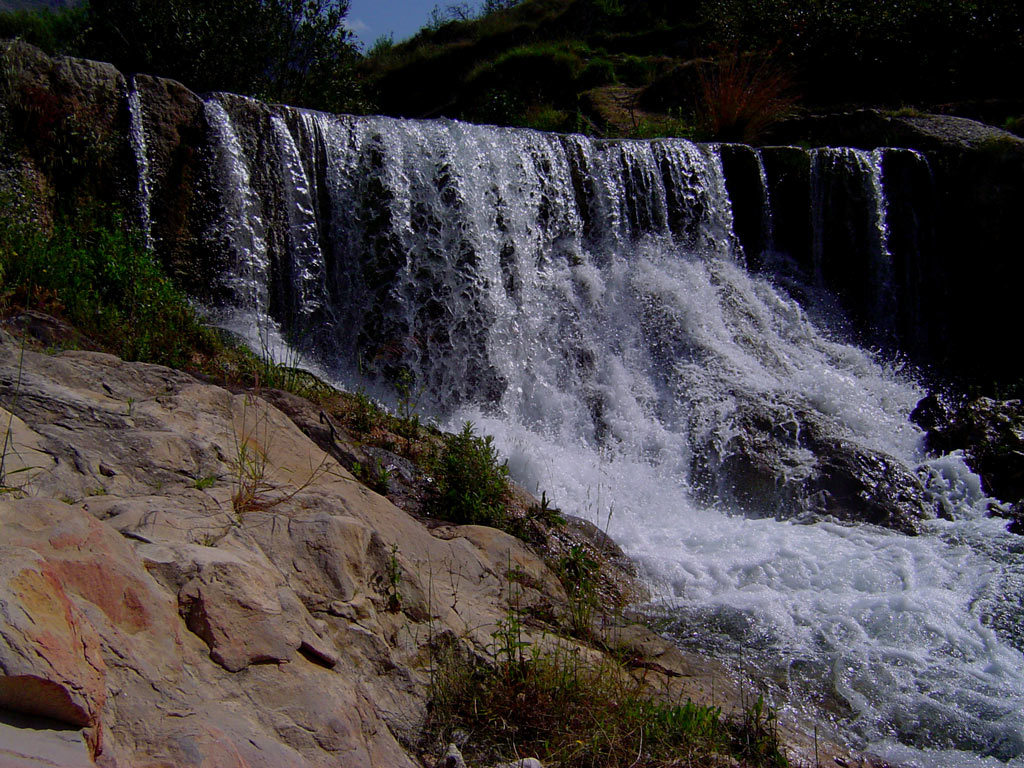 About half a mile out of the village on the Up side, there’s a road goes down to the left, just opposite the village swimming pool (with its excellent little bar/resaurant ). Down there you’ll find Sella’s campsite and picnic spot, with tables, shade and a lovely natural swimming pool fed by a spring. (ignore the “swimming prohibited” sign, if the Town Hall didn’t put one up, they’d need to provide a lifeguard!) It’s a great spot for a cool summer walk and picnic and much used by the village youth in July and August,

Too many to list and Sella keeps inventing new ones, but here are a few of the regulars:

Reyes, on the 5th the three Kings arrive to give the children their presents in the church, Always fun and a nice family event.
Sant Antoni a week or two later, to celebrate the Fiesta of Sant Antoni, the priest will bless the village pets at one end of the square… while the village butcher reduces a pig to sausagemeat and chops at the other end. There’s a big log fire to warm yourself by just by the church.

Saint Valentine’s. Dance and party from midnight in the Town Hall basement

Carnaval / Carnestoltes– the date is fixed but Sella may celebrate early or late, depending on local conditions. Party and dance in the Town Hall basement. Bring your disguise! ( well… mask??)

Spring Fair – some years Sella has a go at an Andaluz=cian April Fair – a reason for a Plaza Mayor party and nonsense!

Paella contest. Sella “ en famille” as all the various village groups make their own paella in the Plaza. Good spectator sport and you can still use the bars. Tradition has it that it always rains on “Paelles.”

The Mediterranean Fair of products and food.

Water fight. On a random Saturday morning in July from about 11.00 a.m. Don’t go near the Plaza if you want to stay dry. There’s 8,000 litres of water for anyone to use against anyone else…Bring your own bucket.

Semana Cultural. A week of culture, music, dance, Valencian theatre, the “ Sella Festival” where everyone does a “turn” on stage. Quite a wonderful celebration of community culture.. The concert by the village band is usually the high spot and usually on the last, Sunday, night.

Fiesta Mayor. Thursday to Tuesday Fiestas with loud fireworks, early mornings and late nights. Saturday night is the climax as the image of the Divina Aurora ( Virgin of the Holy Dawn) is brought out of the church and carried round the streets at 5.00 a.m. So she can get back to the Plaza in time to greet the rising sun. Accompanied by the Rondalla guitar and mandolin band.

Santa arrives on Christmas Eve, with his helpers, and distributes presents. New Year is a night long dance and party in the Plaza usually preceded by a €50.00 sit down dinner in an enormous marquee erected along the length of the Square. A very jolly event with about half the locals sitting down to dine and then dance.