These walking routes – the last two begin and end in the village – are among our favourites. There are many more! In Casaroc and Roc House you will find these  laminated walking route sheets so you can take them out with you.

Think about your car before you drive to the start of this  magnificent route! The quick way is rough – going via Confrides is probably the best option – particularly if you have a Hire Car! 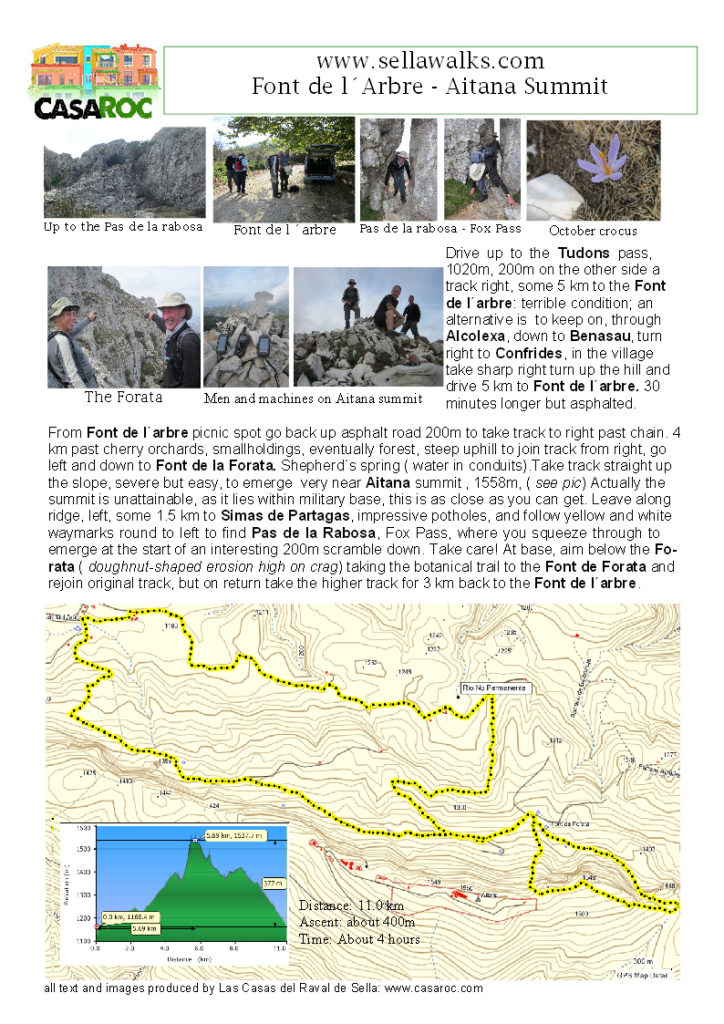 A simple circular route but with many navigational issues – when I learn how , I’ll put up a GPX track which will make it easier. But where better to be lost than in the Sella Hills! 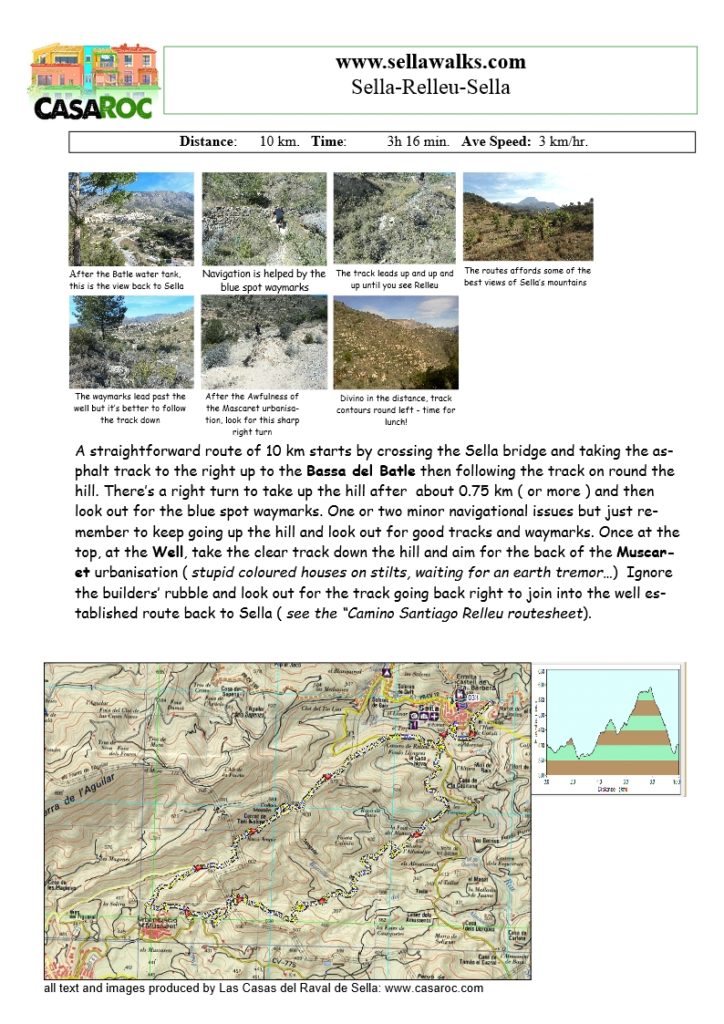 In Gill’s book it’s ” Below the Paso de Comptadores” or something similar. This is my number one route near Sella! Varied, not too long. great views. You just have to drive out to the Refugio to start with
( or walk there – another 5 km at start and finish) 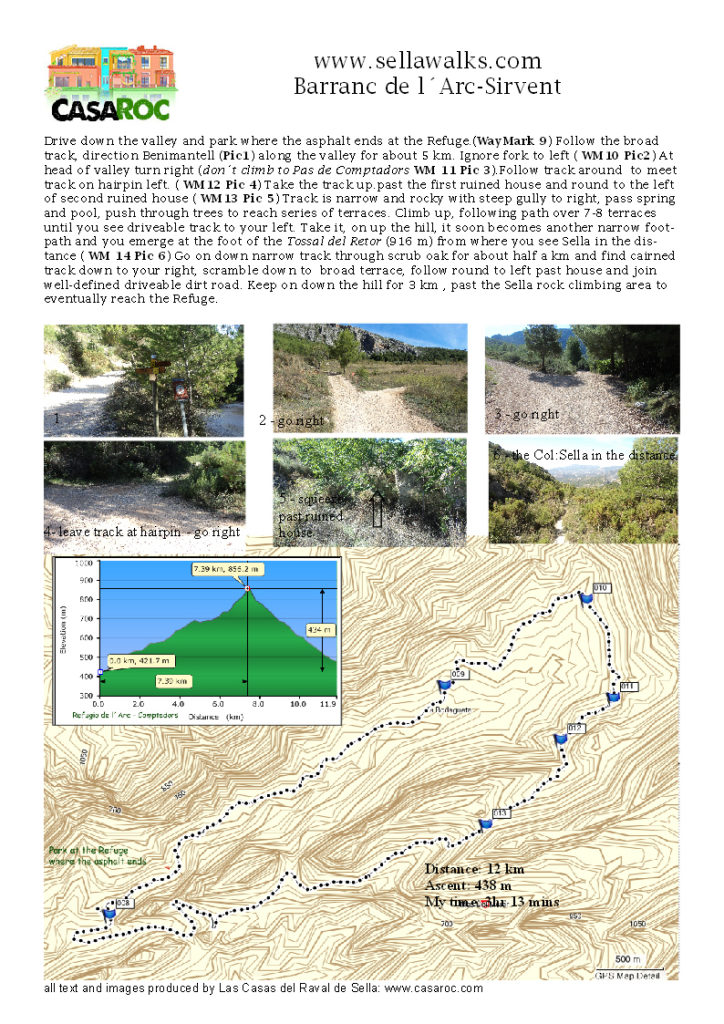 In Gill’s book it’s Sanchet because she takes you up along the challenging ridge – you don’;t have to go there, unless you fancy a rock scramble… 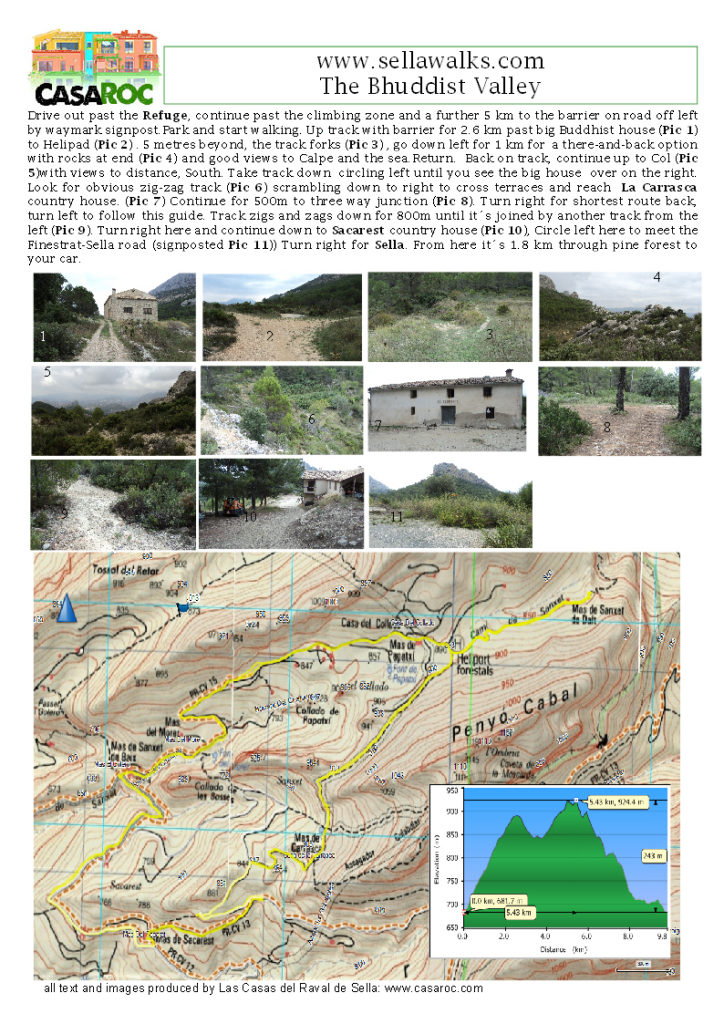 Circular from Sella, well waymarked (green/white) and only 2 or three hours. Great little walk  following Sella’s ancient waterways and going past the Mill. 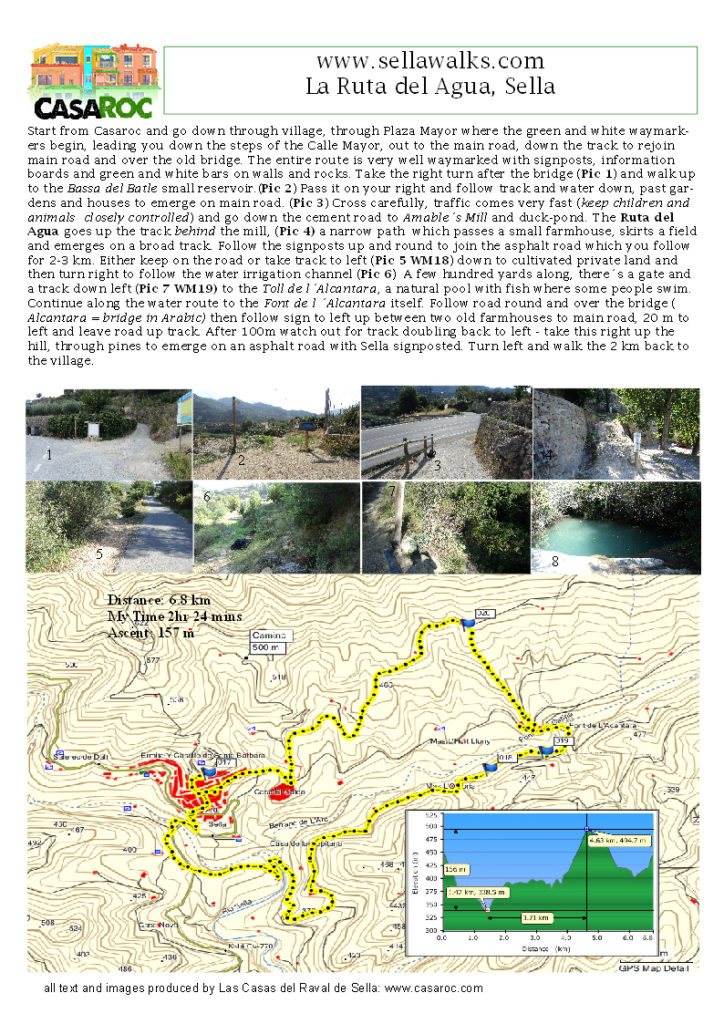 Ancient path to avoid Sella in times of Cholera epidemics in the 19th century. Now an amiable and easy route for a 1.5 – 2 hour amble. 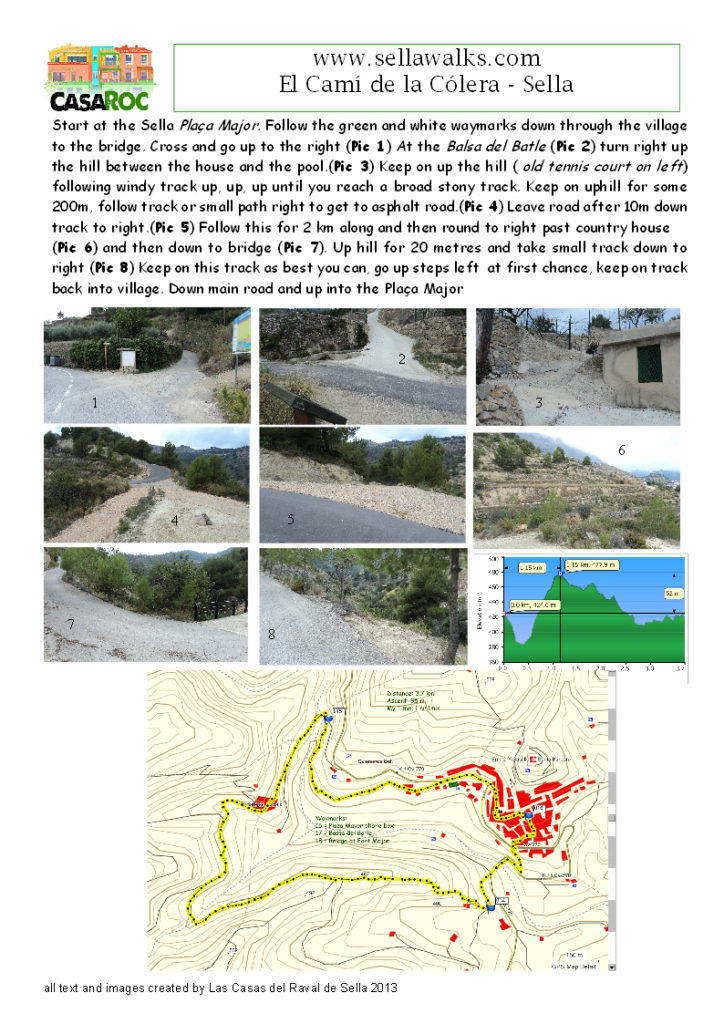